Tim received his Master's in Social Work (MSW) from the University of Maryland,  School of Social Work in Baltimore ('02).  He immediately moved to New York City to work with the FDNY as a psychotherapist, providing individual, couple's, and group counseling for the firefighters and EMS workers that responded to the World Trade Center on 9/11.  In 2006, Tim returned to Baltimore to work at the University of Maryland Medical Center's Employee Assistance Program, providing individual counseling and clinical workshops for the medical center's employees.  In 2007, he received his Licensed Certified Social Worker-Clinical (LCSW-C) licensure and started his private counseling and intervention practice in Towson, MD.   He received his Certified Intervention Professional (CIP) credential in 2010, providing intervention services in the Mid-Atlantic region.  Since 2006, Tim has been involved with Father Martin's Ashley's in-patient treatment center for substance use disorders providing family therapy and clinical outreach services.

Tim is a Baltimore native, graduating from Loyola University Maryland ('92) where he received a B.A. in Business and was a four year member of the men's lacrosse team.  He currently lives in Ellicott City, MD,  with his wife and three children. 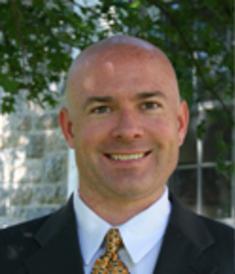 Testimonial
"With the help of Tim, we were able to break down our son's resistance to treatment and get him into an inpatient facility.  Tim was incredibly compassionate, experienced, and the consummate professional."